CEIR
The European association for the Taps and Valves Industry
back

Thermostatic valves and balancing valves are technologies that characterize the industry represented by CEIR. This is why the association has set up a special working group to follow the legislative work for these products at European and national level.


The activity of the last years was mainly characterized by the revision work of the EPBD Directive (published in the official journal in June 2018). Now, CEIR's efforts are focused on the national implementation of the revised Directive, which shall be transposed within 20 months. The CEIR’s objective is to influence national governments advocating for an implementation of the Directive that includes the presence of self-regulating devices mandatory in every room of new buildings, as well as when the heat generator is replaced.


CEIR believes that these suggestions would positively contribute in terms of energy savings. Considering that buildings in Europe account for around 40% of energy consumption, current estimates show that there are around 70 million homes in the EU (41% of those having radiators) that still only have manual radiator valves (MRVs) on their radiators. This effectively means that around 500 million radiators need to be upgraded from MRVs to TRVs. In addition, there are nearly 250 million homes with TRVs older than 20 years old that could be economically upgraded.


If all of these radiators were upgraded, the annual EU energy saving would be 160 TWh, saving 29 million tonnes of CO2 and nearly €12 billion from the energy bills of EU citizens. These upgrades would be paid back in 2 years with an overall return on investment of €7 for every €1 spent. 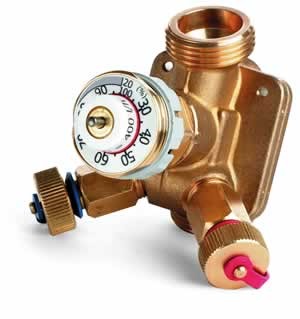